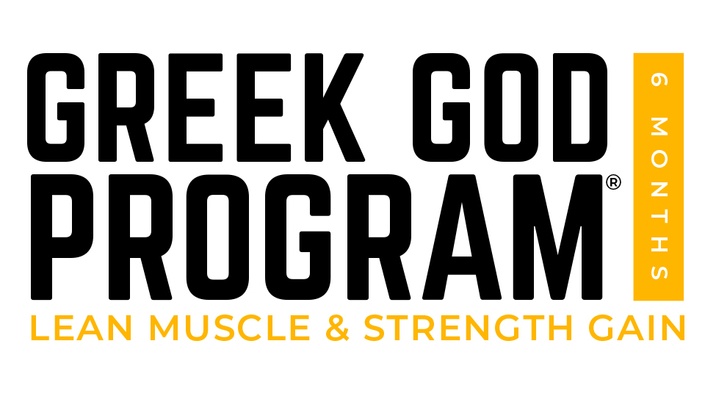 The Definitive Guide To Building Muscle & Strength While Staying Chiseled To The Bone.

Unfortunately, very few people have been able to actually achieve this. They go on different muscle-building programs and one of three things happen. Either they put on size, but they put on all this fat to go along with it; now, they don't really have the physique they're after.

Anyone can do that. It's really easy. But to build muscle AND stay lean is very difficult.

The second thing that happens is people just spin their wheels over and over again. They're training five to six days a week. They're eating every two or three hours, but they're not seeing substantial, tangible results. Why is that?

The third thing that happens is people focus on doing too much volume in the wrong areas. They're doing tons of squats and deadlifts. They're adding size to their legs and hips, but their upper body still looks more or less the same.

What's going on is that most people don't focus on what's really important, and that's three key factors.

You want to make sure that your nutrition is dialed in to support the maximum rate of muscle growth without causing fat spillover.

Once you start putting on fat, your entire look is going to be destroyed. You don't want to spend three months cutting for summer. You want to look great year-round!
Number Two: Cut Down the Volume

Most fitness programs focus on too much volume. Gurus want you to chase the pump and the squeeze and the feel. This doesn't make you stronger.

It's almost permanent, whereas when you do tons of volume -- the pump and squeeze stuff -- it fluctuates. You go in on chest day, your arms look small. You go in on arm day, your chest looks small. You're constantly a slave to the gym to have a certain look.

Number Three: Structure Training Around a Goal
If you want that Hollywood physique after watching Brad Pitt in "Troy" or Ryan Reynolds in "Blade: Trinity," then you're zoned in on a physique that has proper proportion.

It's not about weighing 250 pounds. It's about having that right shoulder-to-waist ratio and the ideal amount of muscle in your chest and arms, as well as sleek, defined legs. When you have that proportion, you achieve the physique of Stephen Amell from "Arrow" or Daniel Craig from the James Bond franchise.
This Is the Greek God Physique.
The Greek God Program 2.0 is here for you to build this movie star physique while enjoying life.

The Greek God Program 2.0 is the missing fitness link. Increase strength, build muscle, eat for a lean physique and have fun with it. This is a strategy you can follow no matter where you are in life, where you live, or what you do for a living.

It's time to take control of your physique and your lifestyle. Greek God 2.0 is your guide to kicking ass, looking great and feeling amazing.

See you on the inside!

When does the course start and finish?
The course starts now and never ends! It is a completely self-paced online course; you decide when you start and when you finish.
How long do I have access to the course?
How does lifetime access sound? After enrolling, you have unlimited access to this course for as long as you like, across any and all devices you own. (And, hopefully, you stick to it for life!)
What if I am unhappy with the course?
We would never want you to be unhappy! If you're unsatisfied with your purchase, contact us in the first 30 days and we will give you a full refund.
off original price!